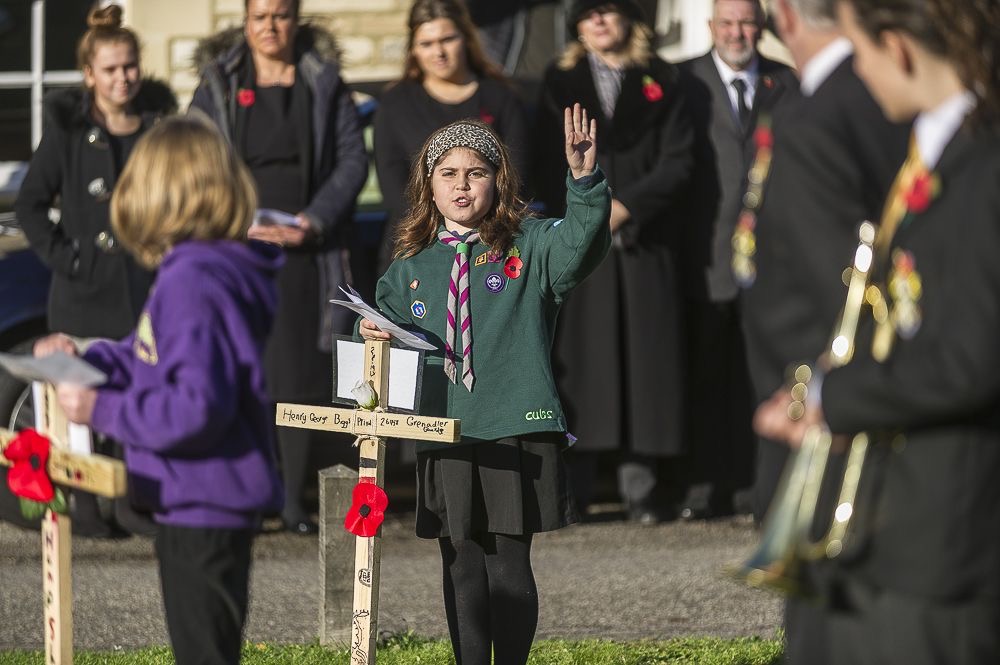 Posted at 12:23h in Uncategorised by Sam Nicol 0 Comments
0 Likes

On Sunday 11th November 2018, children from Rode & Norton St Philip School Federation and Rode Scout Group took part in a very moving Remembrance Day Parade on the Village Green as part of the ‘Rode Remembers’ project.  One hundred years on since the end of the First World War the children had researched about each of the 31 Rode men who bravely gave their lives in the First and Second World Wars. They discovered where the servicemen lived, which regiment they served in, when they died and where they are buried and remembered. They also, with the help of members of our community, made crosses which on Sunday, stood proudly before each of the 31 graves dug on the village green for the Remembrance.

After the clock struck 11am on the 11th day of the 11th month 2018 our children stood behind each cross and shouted ‘This is I’ and read the short description of each serviceman remembered. It was a poignant and very moving service where the whole community came together. Every child read so beautifully that we hope the 31 servicemen would have been proud of the way in which they were remembered 100 years on.